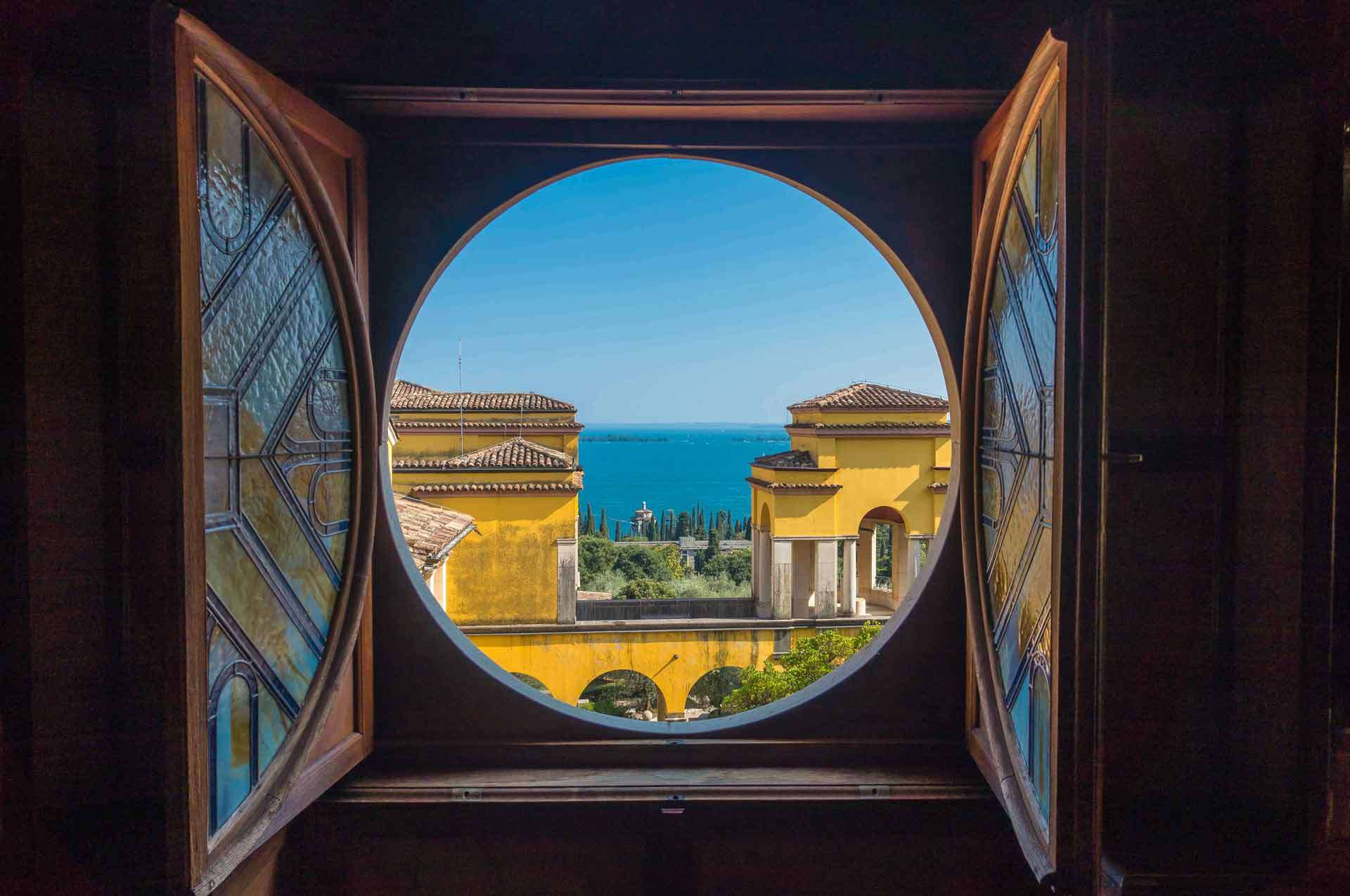 Not only foreigners were drawn to the shores of the lake. Among the Italian visitors, Gabriele D’Annunzio is surely the most famous. From 1921 to 1938 the poet stayed here regularly until, shortly before his death, he retired at the Vittoriale, the residence he had built in Gardone Riviera, right on the shores of Lake Garda.

The locality was one of the first to host vacationers in the nineteenth century, but its fame grew notably only after the construction of the Vittoriale by Vate D’Annunzio. The project for the Vittoriale degli Italiani, the residence the poet left to the State following his death (1938), is the work of architect Giancarlo Maroni, who transformed the original residence in 1921, and which in 1925 was declared a national monument.

Nine hectares of land in which are laid out a complex of buildings, squares, avenues and fountains including the poet’s house, called the Prioria, the War Museum, the Mausoleum, the Puglia ship donated to the writer by the Navy and set into the side of the hill, an auditorium in which is housed the airplane with which D’Annunzio carried out his famous flight over Vienna, the outdoor theatre, built and inspired by models from antiquity, which seats 1,500 people. Reopened in 1953 with the Orchestra of the Teatro alla Scala, it has since then hosted a full list of performances in July and August.

The villa called Prioria (Priorate), where D’Annunzio lived, contains more than 33,000 books. All the rooms are dim, as usual for the poet who suffered from photophobia and had to protect himself from sunlight. Two rooms can be seen from the entrance: one for unwelcome guests and the other for welcome ones. Moving along, we come to the poet’s studio, where he died on March 1, 1938. His glasses are still on his desk.

The most suggestive room is the one in which the poet would retreat to meditate: small, full of objects, with a cradle-shaped bed. The dining room has a turtle at the head of the table. It is said that D’Annunzio used to point out to his guests that the turtle had died of indigestion: a very peculiar way to encourage them to eat less.

The poet’s studio is called “Officina” (Workshop) and has three steps – in order to reach it, one must bend down to avoid the low lintel over the door: this is to force the visitor to bow in sight of the room in which one can breathe art and work. It is the only room in which daylight enters freely.

The bedroom, on the other hand, features numerous objects of exotic origin: Persian silks, Chinese majolica and Arab-Persian dishes.

The bathroom is in French style and was called the “blue bathroom”, for the predominant color of the décor, made up of 900 objects. 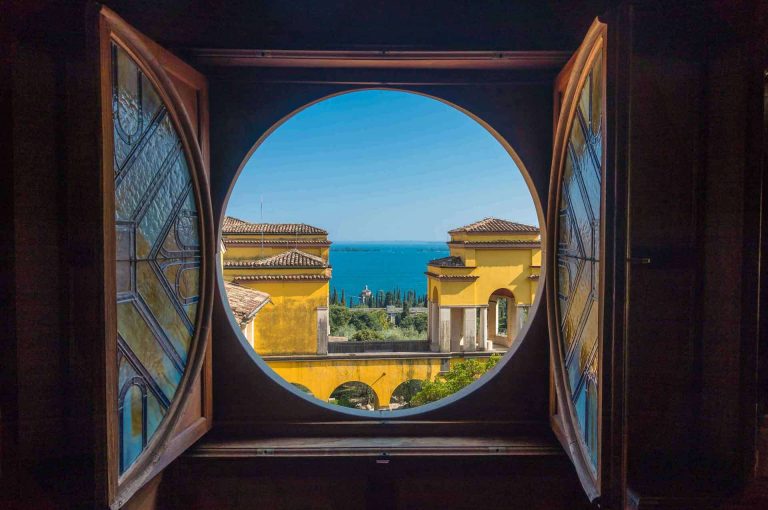 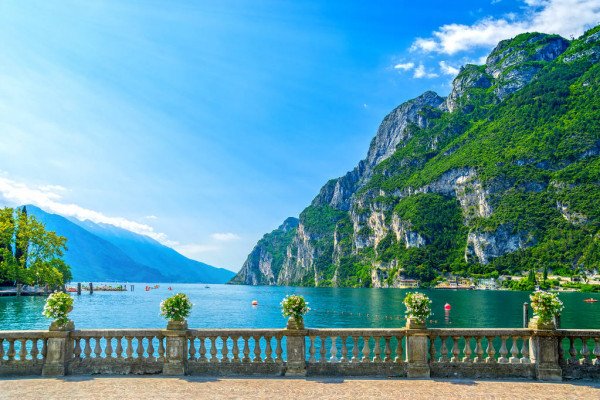 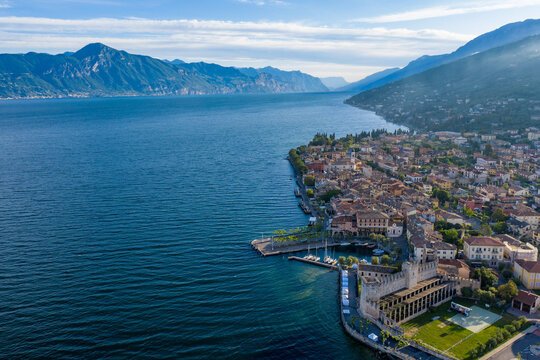 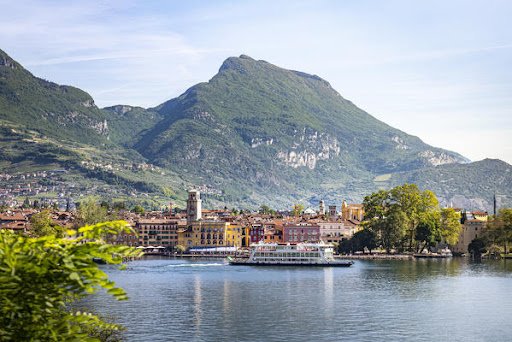 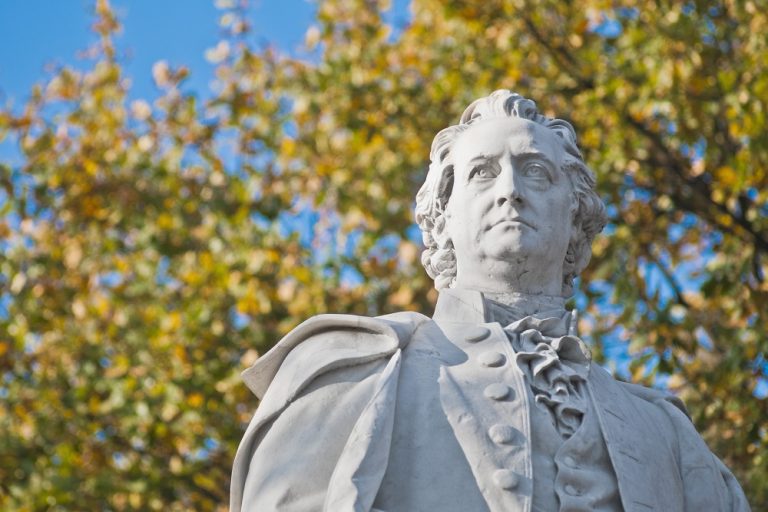 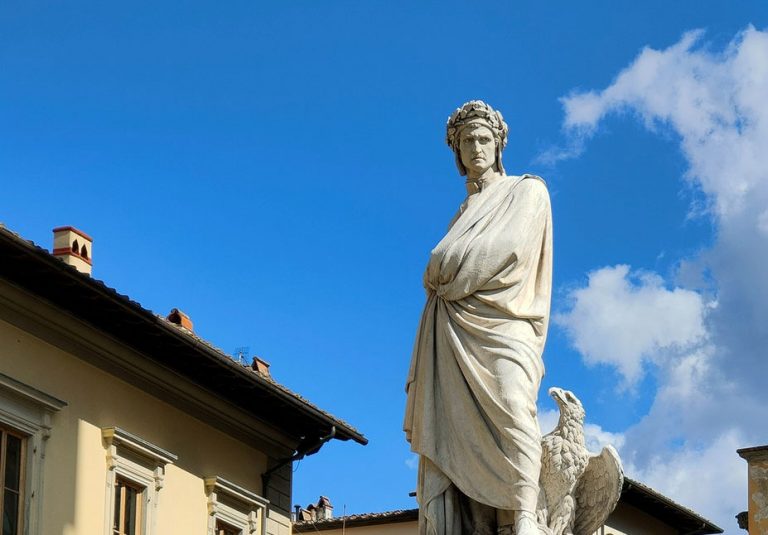 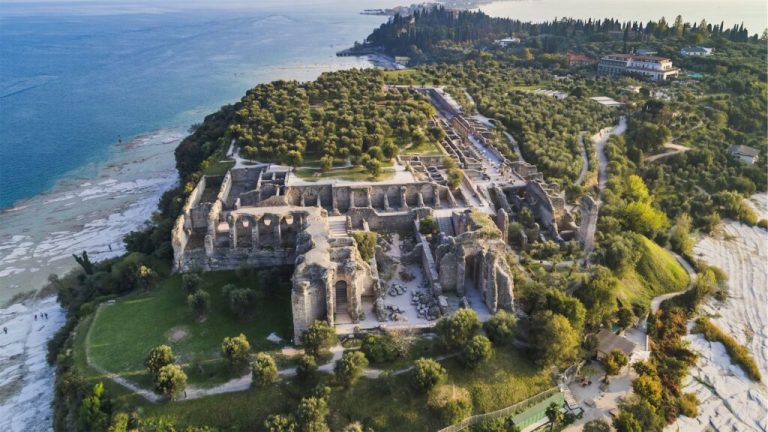 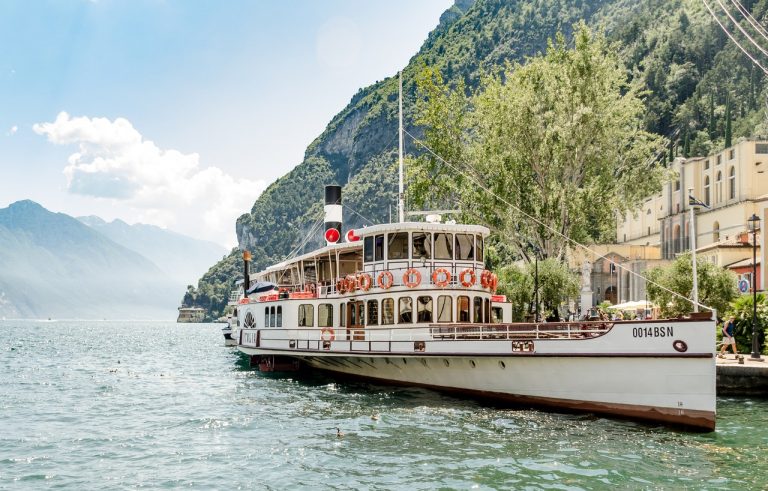